Days Off Are For Chumps

For the past two and a half years, I've kept up a streak of consecutive running days. Day or night, rain or snow, drunk or sober, I've held fast to the streak. Today I'll run again, for the 905th time in a row. It'll be just another day, but now I know it'll also be one of the last. My streak is going to die a profoundly unceremonious death on July 30th, 2014.

Thanks to a steadily rising ocular pressure that is no longer responding to medication, my doctor is recommending surgery. To misrepresent it very basically, they're going to roll my eye back into my head and hack at it with scissors. Worst case scenario, they have to tear out the plastic piece lodged in my eye and replace it with a new plastic piece. In order to properly recover from this procedure, my streak has to die.

I can never remember how the five stages of depression go, but I think I experienced a few of them while coming to grips with the idea that I might have to take some time off from running. I was definitely in denial for a while. I planned runs through the surgery, convinced that I wouldn't need any time off. I experienced a flash of anger, which was childish and embarrassing. Eventually, I accepted the fact that I would have to stop running for a little while.

The streak began on January 8th, 2012, on the day of the Winterfest snowshoe races in Mendon Ponds. I had been having trouble holding a consistent running schedule, and thought that forcing myself to run every day would keep me in shape. I don't know if the streak alone kept me in shape, but it definitely became a lot harder to be lazy. 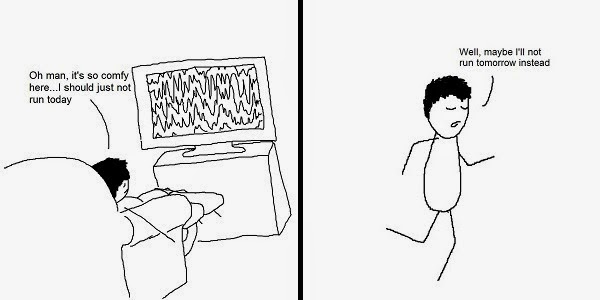 As is the case with practically all of my running achievements, my high school cross-country coach was involved with the streak. His string of running days ended the same day that mine began, more than seven years after he started. My streak was inspired by his, and his philosophy that no matter how busy things get, there is always time to run.

And that is one thing I definitely learned throughout the duration of my streak, that there is always time to run. Oftentimes during the school year, I found myself lacing up my shoes just before midnight to put in a few miles for the day. I've had several days of travel where I had to squeeze in runs around airports or in hotel parking lots. There have been a few nights where I sat bolt upright at a bar and realized, 'oh shiyt, i stil lhaev to rum!' One way or another, things got done.

I think that's why it's so strange to be able to see the inevitable end of my streak. All streaks end, but I never figured I'd see it coming. Honestly, I thought it would end with me just forgetting to run one day, or getting shot, or hit by a car, or something stupid like that. I've put in a serious effort to maintain the streak against all odds, whether I have to run in something ridiculous like moccasins or flip-flops, or run in conditions that no one ever should, like barefoot in a snowy parking lot or in shoes that are three sizes too small (Grinch shoes?). When I've gone through all that, why should a minor operation break the streak? 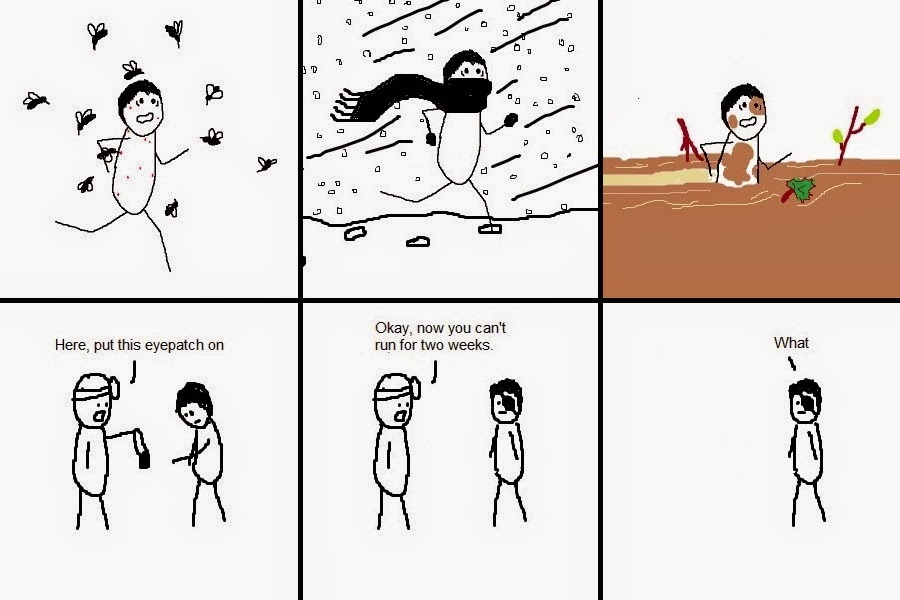 Overall health has to come first. The answer is simple, but I'm often too pig-headed to acknowledge it. Running through my operation does me no good if it counteracts the reconstruction efforts in my eye. When the worst case scenario is as serious as going blind, it really isn't worth the risk. And when it comes right down to it, I would rather have my streak end to keep myself healthy rather than because I just forgot about it. That'd be REALLY embarrassing.

Another positive side to the streak ending is that I get to start a new one. Over the past two and a half years, I did a lot of running, but not all of it was up to the caliber that I expect from myself. Too often I'd slip out the door a few minutes before midnight because I had neglected to run before then. I spent a lot of last winter cooped up in my basement, running laps on the "indoor track", as I liked to call it. There were a couple times when my weekly mileage barely hit ten. I didn't always feel like I deserved to count my run towards the streak. I know I can do better than that. Starting up a new streak wipes the slate clean, and I can be proud of all the days that I put into it. Treating it like a significant athletic achievement feels way better than thinking of it as something I cling to so I don't get fat and die.

That was supposed to be somewhat educational, but I have a strong penchant for the anecdotal. I'll try to sum up some of the important things I learned from my streak in some convenient, easy to read bullet points:

There's still a bunch of running I have to do before this streak ends, and plenty of planning to do for the new one! For me, my streak was a powerful source of motivation, but also felt like an over-commitment at times. My question for others would be how they feel about streaking, and what benefit they would expect to achieve by committing to one. Long live the streak(s)!
Posted by Some Dimbus at 8:15 PM

The dimbus has been running for a long time. He started running so he would not get fat and die, and now he runs so he will not get fat and die. Along the way, running became a lot more fun for him. It is now something that he looks forward to, rather than something he must do to keep himself alive.